Sometimes you'd like to maneuver and shoot at the same time. That is possible - with turrets. Sadly, turrets are only installed onto larger ships: fregates, battleships, dreadnaughts.

But what if you built a fighter around a turret?

Well, then you'd end up with this thing. 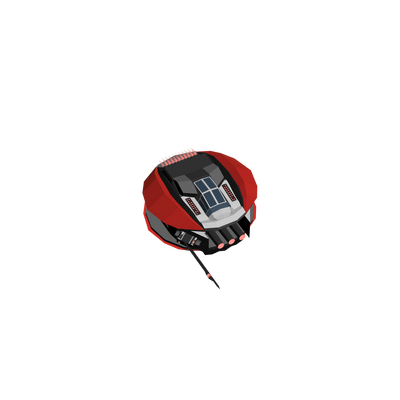 It's a reasonable fighter with a somewhat-boring shape. It is able to rotate its weapons 360 degrees, thus allowing for unconventional combat maneuvers. Weapons are powerful and produce a reasonable amount of recoil, which can be utilized by the aforementioned turret's rotation.