The H-Warrior is a Tier 3 ship in the U-Series mod. As suggested by its name, the ship takes the shape of the letter "H". It fires two pulses from the from and two fast-firing pulses from the back to propel itself forward and high speeds. Upgrading full damage without upgrading energy cap allows you to propel yourself while dealing high damage. This ship is somewhat a predecessor to the U-Demon, a powerful Tier 5 capable of very high damage. However playing as the H-warrior may seem underwhelming at first, with the real lack of damage. However upgrading your stats can solve that issue. 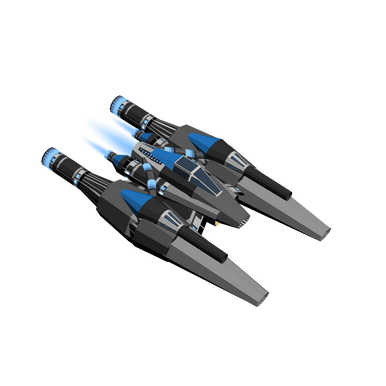