Invasion is one of the 4 existing game modes currently available in Starblast. Unlike other game modes, Invasion involves a team of up to 6 players fighting hordes of NPC Aliens. It's recommended to have 3-4 players as this balances the difficulty of the early waves and the later waves, although it has been beaten before with 2, 5 and 6 players.

Aliens attack in waves of increasing difficulty. A few things to note:

Upgrading is tricky business - The slow, low amounts of crystals you get make decisions hard. Do you upgrade your stats to survive, or just upgrade to the next tier so you can upgrade that? Think and choose wisely. A tactic that has worked is staying as a group and upgrading to Aries via O-Defender, not upgrading at all until reaching Aries. This is the most reliable way of winning Invasion.

When attacking bosses stay fairly far away with RCS turned off, so you can dodge shots or ramming more easily. Be careful, and dodge as much as you can. Try to attack these as a group, and beware the enemies that are spawned upon their death. Also, do not attack bosses unless everyone agrees to attack, as this will greatly reduce the chances of anyone dying to the boss.

You want to get behind most of the normal enemies. Do this so they have to turn to either ram or shoot you. Some of them do not need to turn to shoot you, so be careful and watch how they are shooting. This is especially important with Hirsutes which do insane damage only if they are facing you. Upgrading speed and agility can help quite a lot at dodging and getting behind aliens but is usually not recommended.

Right after defeating the wave 2 boss, it may be a good idea to use a few rockets to quickly destroy the additional aliens that appear, as they are all clumped in one spot and can be deadly if not killed quickly.

At the start of wave 3, go to the star and camp there. Then start attacking the aliens when they start coming to you.

During wave 4, when there is an asteroid shower, move with the direction of the asteroids. They move downward, so you should move downward unless if you are collecting gems with a heavy ship. You generally do not want to be going upward and get smashed by one of the fast-moving ones. Try to follow the slower ones and kill them. To easily kill the Piranhas, dodge one of their charges by moving in a tight circle, then quickly shoot them. Move erratically, and don't misjudge their range. Since you are likely to have mines from the earlier waves, you can make a small area out of them which will insta kill them (just make sure you don't get blown out of it which will defeat the purpose of it), although this is not recommended as it's better to save them for later waves.

At the end of wave 7, destroy all asteroids before attacking the red fortress boss. This makes the start of wave 8 much easier with all the asteroids being at the center of the map since the wave 8 bosses spawn at the start and try to ram you. By not getting rammed into asteroids you take far less damage from them. Simply watch the radar and don't go near the boss.

Do not mine in wave 8 before the bosses spawn. This will disperse the asteroids and make fighting the two purple Piranhas much harder. After they spawn, it may be a good idea to drop some mines at one spot and camp there while you have two teammates(one for each boss) circle the bosses.

After defeating the wave 9 bosses, drop all mines in an area to encompass all team members. They provide protection against wave 10 as many aliens will be killed by the mines.

Shield regeneration is also a very important stat because you need to be able to recover health in between waves, and/or groups of enemies attacking you and getting shot or rammed by large ships.

Stay with your teammates. This is possibly the most important thing to do in Invasion, you and your teammates will quickly die without having each other for protection. However if one died and you're in a minefield that they created you can fight off the swarms until they make it back. It is a good idea to regroup when there are few asteroids left.

Before the ship tree change the A-speedster was highly effective when alone (now hard to get because Shadow X-2 is useless in this mode and the Aetos is not the greatest), there is no known proof of a winner like this. The Aries works well when alone as well. The current furthest wave anyone gotten to solo was wave 10.

You can use one of the faster ships from the earlier waves (when you're on them) and you have mines, you can go right to a boss and drop mines right at them and it will damage them :)

You can see the full tutorial here. 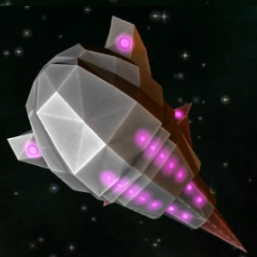 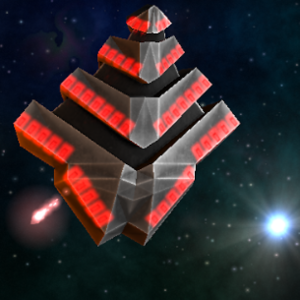 in modding editor, you can spawn several different aliens that you cannot see in Vanilla Invasion. such as: 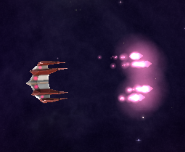 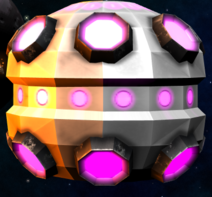 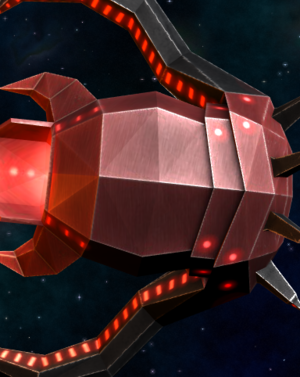 Yes, this alien is literally called "Some weird new thingy".

This alien doesn't appear in any wave of invasion in any form, this is a secret alien you can see only in a modded game.